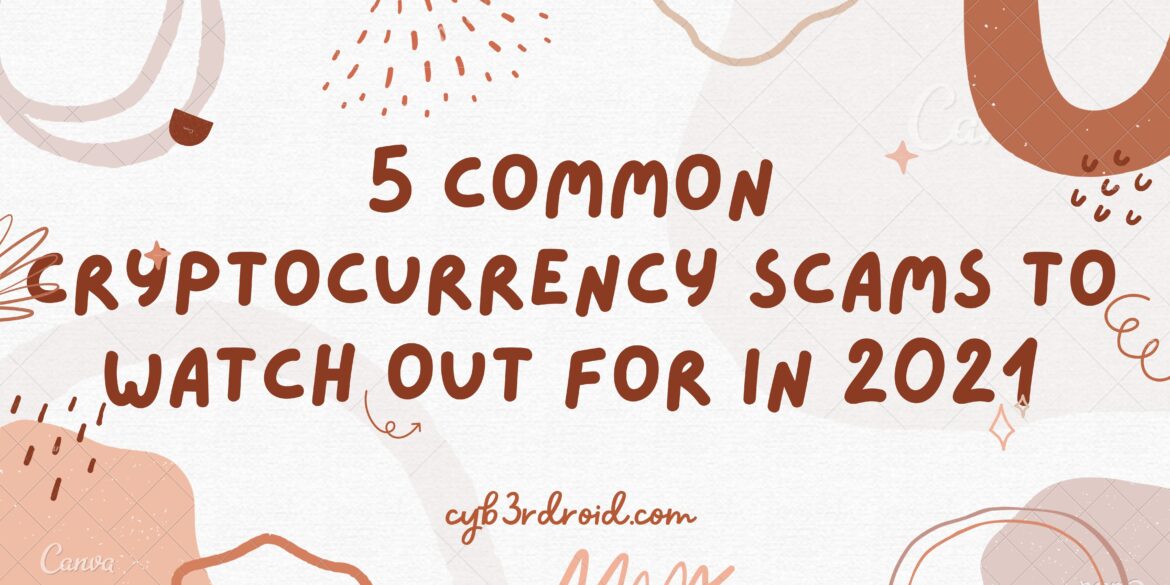 In this article, I will discuss what bitcoin scams are and why they are dangerous. I will also provide some information on how to spot a bitcoin scam so that you can avoid them in the future.

How to Spot a Bitcoin Scam

Bitcoin is a type of virtual currency that can be used to purchase items online. With the rise in popularity of bitcoin, there has been an increase in scams that are trying to take advantage of people by posing as legitimate bitcoin offers.

There are many ways you can identify a bitcoin scam. One way is to look at the email address that it was sent from. If the email address doesn’t match up with what you think it should be, then it might be a scam. Another way is if you see an offer that looks too good to be true, then it probably is and should be avoided at all costs.

However, below are the common crypto scams to watch out for;

“mining contracts” offer fantastic payouts, such as doubling your money in 10 hours (see screenshot below). After sending the “mining company” Bitcoin, they either disappear or ask for more money to unlock funds. Some “mining services” send a public address as proof of payment, or hold “mining profits” in a web wallet that cannot be withdrawn from. Legitimate mining contract marketplaces are extremely risky and complex, and do not make sensational claims about quick profits.

wallet software that sends private keys to a central server, which steals the victim’s coins. “Electrum Pro” was a notorious example, as electrum is a real wallet, and electrum.com hosted a malicious wallet that stole victims’ Bitcoin. The most secure wallets are physical hardware wallets such as the Trevor and Ledger.

services that promise to help users claim their forked Bitcoin Cash, Bitcoin Gold, Bitcoin Private, etc. Once the seed or private keys are entered, they disappear with the funds. Some customers had Bitcoin stolen from their hardware wallets because they did not realize that their recovery seed could be used to steal their Bitcoin. The only safe way to claim a Bitcoin fork is to move your bitcoin to a new wallet first!

Many people are confused about where they should store their legitimately purchased Bitcoin or how Bitcoin is created and distributed. Malicious vendors take advantage of them by either claiming to sell cryptocurrency or simply announcing that the recipient has coins which they forgot to claim.

In some cases, they act like an advance-fee scam, where the victim has to pay upfront to collect their non-existent wallets. In other cases, the exchange takes payments (usually a credit card) for Bitcoin but makes withdrawing Bitcoin to a private wallet difficult or simply obscure. Many people are not aware of the importance of holding their own private keys and leave their wallets with a third party for years until they disappear (as with Mt. Gox).

scammers who sell cryptocurrency wallets with contents that are not spendable. Sometimes wallets are sold with the claim that the owners “forgot” the password for 5% of the value. (Many people assume that all cryptographic passwords can be broken with enough skill, persistence, or hardware and ask me to do the hard work.)

In other cases, wallets are sold to buyers who do not realize that the proper way to transfer cryptocurrency to their personal address is through an intermediary. Until very recently, Blockchain.info would reflect the watch-only (only the public address is stored) addresses in the total balance, which enabled the fraudulent sale of thousands of empty wallets with watch-only addresses. The only safe way to purchase Bitcoin is to have the seller transfer it to an address from your own wallet, under your exclusive control.

How to Protect Yourself against Common Crypto Scams in the Future

The cryptocurrency market is still relatively new and has not yet been regulated. As a result, many people are getting scammed. In the future, there will be more scams because the market will grow and more people will be involved.

There are some ways to protect yourself against these scams:

– You should invest in cryptocurrencies that you know about or that have a good reputation.

– Do not trust any offers of “guaranteed” high returns on investments in cryptocurrencies that come from strangers.

– Do not invest in any cryptocurrencies without understanding how they work and what their purpose is, even if they seem trustworthy or well-known to you.

– Always do your own research before investing any money into anything related to cryptocurrency.

However, one might have made ignorant mistakes, which could have led to a fund loss. A tech and cyber security hack company has taken it upon themselves to recover funds for anyone who might have lost any amount of funds to bitcoin exchanges and binary option companies. There’s no need to panic, with your level of awareness now.

Conclusion: Conclusion of the Guide on How To Avoid Common Cryptocurrency Scams in The Near Future

This guide has been written to give you some tips on how to avoid common cryptocurrency scams in the near future. The cryptocurrency market is still considered as a high-risk investment and thus, it is important for you to be aware of the potential risks involved.

2 thoughts on “Five Common Bitcoin Scams to Watch Out For” 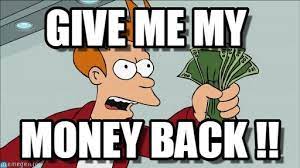 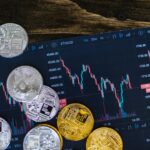 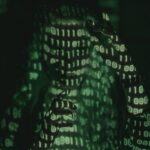 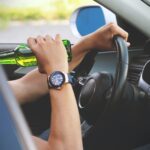 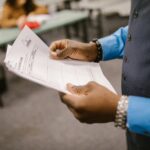 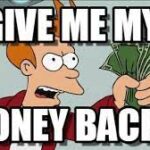 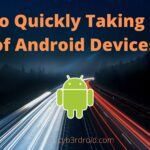